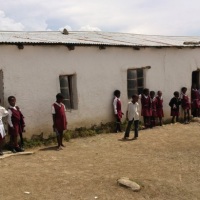 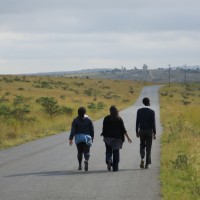 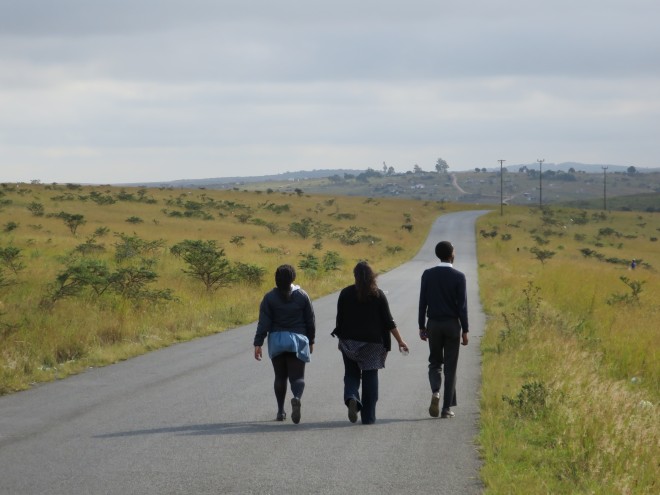 Photo: LRC attorney Mandira Subramony  with the Eastern Cape learners in their long walk to access education facilities in the province

The LRC have been granted leave to intervene at the European Court of Human Rights, in a matter against the government of Hungary. The case of Amanda Kosa v Hungary challenges a possible infringement of the right to education in the European Convention on Human Rights.

What’s the case about?

Huszar telep is a settlement in the Nyiregyhaza region of Hungary. It is made of up mostly Romani people. The Roma or Romani people are a nomadic ethic minority group, living in a number of countries in Europe – including Bulgaria, Slovakia, Romania, Serbia and Hungary. They are one of the largest ethnic minorities on the continent.

In 2011, the Greek Catholic Church in Nyiregyhaza opened a segregated school, near Huszar telep, serving only Roma children from the settlement. Prior to this, the Roma children had been attending an integrated school, 2.3 kilometres away from the settlement. The mayor and town council of Nyiregyhaza had been providing a bus to take the children to the integrated school. At the same time as the establishment of the Greek Catholic school, the children’s bus was stopped by the town council.

Amanda Kosa, the applicant before the ECtHR, is one of the pupils attending the segregated school.

The Chance for Children Foundation (a foundation representing rights of children from disadvantaged backgrounds in Hungary) took the case to court in 2011, suing the Greek Catholic Church for illegal segregation.

The case made its way through the Hungarian legal system, ending at the Kuria – the highest court in Hungary. The Kuria ruled in favour of the Greek Catholic Church, on the basis that the free choice of religion at school supersedes the prohibition of segregation. However, those in favour of integrated schooling do not believe that the school was being chosen because it was being run by Greek Catholics, but rather because it was close to the settlement and parents could not afford the necessary city bus transport after the subsidised bus had been cancelled.

The European Court of Human Rights will be asking three questions:

So why are we getting involved?

Question (3) is where the LRC’s input will be important.

In 2015, the LRC won an important case in the Grahamstown High Court. See Tripartite Steering Committee and another v Minister of Basic Education and others Case no 1830/2015 (26 June 2015). In it, Plasket J, finding in our favour, stated unequivocally that, “where scholars’ access to schools is hindered by distance and an inability to afford the costs of transport, the State is obliged to provide transport to them in order to meet its obligations in terms of s 7(2) of the Constitution, to promote and fulfil the right to basic education” (paragraph 19).

In light of our work on scholar transport in the Eastern Cape, we can play an important part in demonstrating to the ECtHR how and why the provision of transport to scholars impacts on the fulfilment of the right to education.

The ECtHR is not able to overturn the decision of the Kuria. It will decide only whether there has been a violation of the Convention or the Protocols, and may award “just satisfaction” (i.e reparations) if the internal law of Hungary has allowed only partial reparation to be made.[1]

Our written submissions are due on 20 October 2016.