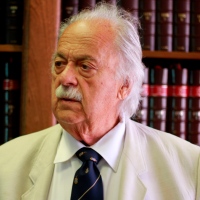 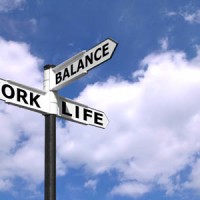 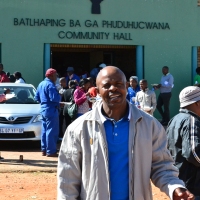 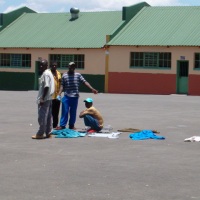 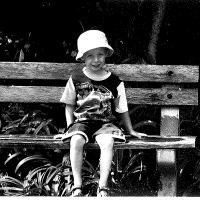 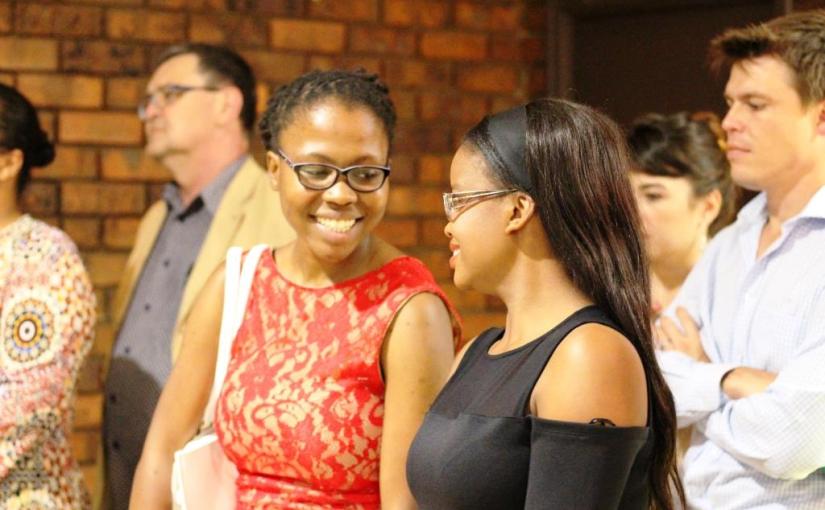 In a recent low-key event, the Legal Resources Centre launched the prestigious Arthur Chaskalson Pupillage Fellowship which will provide financial support and training to one or more young candidates, coming from historically disadvantaged backgrounds, who have been admitted for pupillage.

The LRC’s counsel or associates will provide the requisite training for one year, after which the pupil will take up a position as junior counsel in the LRC’s Constitutional Litigation Unit, subject to the availability of a position and funds, for a period of at least two years.

The Fellowship honours the late Arthur Chaskalson, who was one of the founding members of the LRC and later became the first Chief Justice of the Constitutional Court.

During the event, friends and family of the late Chief Justice, as well as LRC staff and supporters, were introduced to the first two fellows, Phumzile Mdakane and Yanela Ntloko. Phumzile will be based in the Cape Town office under Adv. Michael Bishop. Yanela will be in Johannesburg under the Constitutional Litigation Unit and CLU associate, Advo. Tembeka Ngcukaitobi.

LRC Director, Janet Love, gave a warm welcome to the new fellows and gave a brief history of their respective (academic and personal?) backgrounds. Advocate Lunga Siyo, on behalf of the CLU, also welcomed the fellows, offering the support of the organisation as a whole.

Craig Watt-Pringle from the General Council of the Bar spoke of the progress and challenges related to transformation in the advocates profession. While the Bar is seeing an increase in black and female membership, challenges remain.

The high number of white men as senior counsel, and skewed briefing patterns for commercial matters, indicate that more needs to be done to enable transformation at the Bar.*

“Clearly the Bar cannot afford to simply wait for briefing patterns and the composition of the bar to change through the effluxion of time.”

Advocate Watt-Pringle also quoted the late Chief Justice’s own feelings on and commitment to transformation.

Matthew Chaskalson, the son of the late Chief Justice, gave a very moving speech where he indicated that his father would have been proud to support a project between two of the three most important places for him – the LRC and the Bar (the Constitutional Court being the third). He noted that it was the fourth anniversary of his father’s passing. He wished the fellows all the best and also offered his support to them, should they need it.

Those attending the event were then invited to a screening of Shepherds and Butchers, a 2016 South African drama directed by Oliver Schmitz and produced by Anant Singh. The film is based on a book by Chris Marnewick, which is in turn based on real events that took place in 1980s South Africa during the time when the country still had the death penalty.

The LRC would like to thank everyone who attended the launch, the Chaskalson family, LRC supporters, as well as Anant Singh and Sterkinekor.

1. Good evening ladies and gentlemen. Thank you Janet Love and the LRC for this invitation and congratulations on the launch of the Arthur Chaskalson Pupillage Fellowship Programme; a worthwhile initiative.

2. Unfortunately, the GCB chairman, Vuyani Ngalwana SC is unable to attend and he has requested me to do so in his stead.

3. My topic is transformation of the legal profession in general and the bar in particular.

4. This is an enormous topic and so I will not begin to do justice to it in the time allowed. I will focus on placing some of the current challenges in historical perspective and then deal briefly with current transformation initiatives.

5. As a member of the bar who only spent one year as an articled clerk in the mid-80s, I’m really not qualified to speak about transformation in the attorneys’ profession and so forgive me if I alter my brief slightly by confining my remarks to transformation at the bar, with particular reference to the Johannesburg Bar.

6.  I hope to add interest to this challenging topic by reference to some statistics. These statistics also provide some insight into the nature and extent of the overwhelming need for transformation.

7. The Johannesburg bar is – by some distance – the largest bar and currently comprises 1096 members, more than one third of the total GCB membership of 2826. The next biggest bar is Pretoria with 652, Cape Town with 478 and KwaZulu Natal with 311. The other bars make up the balance and are very small by comparison.

8. The increasingly urgent demand and need for transformation must be understood in historical perspective.

9. In his foreword to the book published in 2002 by the Johannesburg bar to celebrate its hundred years of existence, the late Chief Justice Arthur Chaskalson wrote the following:

“With few exceptions, for they were few exceptions, the story of the people of the Johannesburg bar for most of the past 100 years is a story of white advocates; for the same reason it is also, with few exceptions, the story of white men – a group of highly skilled professionals including many great advocates who had an important influence on the way law is practiced in South Africa and the high professional standards to which the bar aspires. They were, as we all are, people of their times, influenced by the social and political order in which they lived.

Some of the stories, though shameful, should therefore come as no surprise. The internal quarrels of the admission of black advocates, the initial exclusion from the common room of those black advocates who are admitted as members, the striking off of Bram Fischer and, in general, the passive acceptance by most of the members of the bar of the way our society was structured and privilege dispensed, are part of the history of, and reflect the attitudes common within, the institutions of the legal profession in colonial times and underreported.”

10. Elsewhere in the book it is recorded that in 1983 only five of the 278 members of the Johannesburg bar were members of colour. They comprised less than 2% of the bar.

12. Since then, the picture has altered markedly. In Johannesburg, of the 1096 members less than half are white males. As an indication of the rapidly changing demographic of the bar, of the 259 members of less than five years seniority, only 65 are white men. That tells us that by effluxion of time the bar will, at least as far as its demographic composition is concerned, transform across the board.

13. Women too have become far more prominent at the bar than they were in 2002. In Johannesburg there are now 334 women out of the total of 1096, just less than one third. More than a third of all members under 5 years’ seniority are women; that is 94 out of 259.

14. Perhaps more startling, however, are the statistics relating to senior counsel, which are largely attributable to the virtual exclusion of black and women members until relatively recently.

16. This tells us that while the overall demographic of the Johannesburg bar is increasingly black and female, that statistic is largely accounted for by the relatively recent influx of black and female juniors to the bar.

17. At the national level approximately half of the bar is white and male and white males make up 414 of 527 silks, a figure in excess of 80%. However, less than a third of all members of the bar under five years’ seniority are white men.

18. So much for statistics.

19. The author of the book which has been turned into the movie which we will see this evening is Chris Marnewick SC. More than a decade ago he compiled a detailed training manual for pupils and he was to a significant degree responsible for the vast improvement in the quality and extent of training received by pupils, when pupillage was increased from less than six months to the current 12 month programme. Effective training is, of course, an essential component of transformation.

20. White men now deliberately form a small percentage of the yearly pupillage intake at the Johannesburg Bar, but this may not be the case nationally, to the same extent.

21. A more selective approach to admission to pupillage and the one year pupillage program have resulted in a much lower failure rate and a very low attrition rate amongst junior entrants to the bar. That is the reason why black and woman entrants to the bar have so radically impacted on the overall demographic from what it was 20 or 30 years ago.

22. However, the fact that so many silks and senior juniors of experience are white and male, particularly in commercial matters, accounts for briefing patterns which tend to exclude black and women advocates from the bigger commercial matters.

23. Senior attorneys, who themselves are usually white men, and who deal with commercial matters of substance have grown up in the profession with their white male counterparts at the bar. That is amongst the reasons given why briefing patterns are so difficult to change.

24. From the bar’s perspective, the emphasis is on training, including advocacy training which continues after the pupillage program, mentorship within the group structure and the inclusion of junior black and women members in matters with seniors, with the aim of providing them with the necessary experience and exposure to briefing attorneys, so that they can show what they’re capable of and hopefully be briefed alone in the future.

25. Many of the bar’s transformation initiatives are conducted at a group or Chambers level where, for example, there is cross subsidisation of overhead costs incurred by junior members regardless of race or gender and junior funds to which senior members contribute and which can be used to involve junior members in matters at no cost to the client, again with the intention of giving them experience and exposure.

26. Turning to the governance of the bar, the GCB has been in a 50-50 partnership with Advocates for Transformation, AFT. Although AFT is a non-racial organisation, it is generally acknowledged as the body which represents the interests and aspirations of previously disadvantaged members of the bar.

27. This means that 50% of the GCB’s Exco comprises nominees of AFT and the chairmanship of the GCB alternates between an AFT and a non-AFT member every two years.

28. Thus transformation of the legal profession is currently a combination of:

28.1 evolutionary change as more and more black and women law graduates enter the legal profession –  to some extent engineered through the pupillage intake; and

28.2 more proactive measures which have, to be frank, enjoyed limited success.

29. Clearly the Bar cannot afford to simply wait for briefing patterns and the composition of the bar to change through the effluxion of time.

30. There does, however, appear to be new impetus on the part of government to look at briefing patterns by state departments and state owned enterprises. And from time to time, various law firms have initiatives to brief greater numbers of women and black members.

31. An issue like transformation can best be tackled when the nature and extent of the problem, or challenge, is well understood. The Judge President of North and South Gauteng High Court is gathering statistics on briefing patterns in the High Court. This is a very welcome initiative.