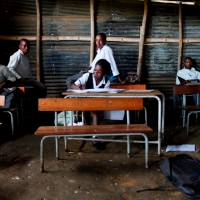 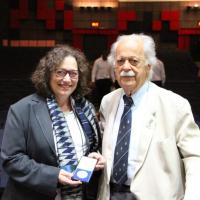 The official crime statistics report released on 19 September by the South African Police Service for the period April 2013 to March 2014 reveals a substantial increase in almost all categories of crime. The same report shows that there was a slight decrease in the total sexual offences. A drop of 5.6% was reported showing a decline from 66,387 last year to the current figure of 62,649.

It is against this backdrop, on 17 September we heard of yet another black lesbian being raped and suffocated. She was found dead in the perpetrators bedroom in Daveyton in the East Rand of Johannesburg. Thembelihle ‘Lihle’ Sokhela, a 28 year old lesbian was last seen a few days earlier. The alleged perpetrator, Thabo Molefe, aged 45years turned himself in at the Daveyton Police.

It is unclear how Lihle ended up in his bedroom. Thabo will remain in police custody throughout the court procedures. According to his mother, Thabo, has a history of violence and had been physically abusing her. “I do not want him in my house anymore; they should keep him locked in there. I am also scared of him” said Thabo’s mother. Thabo’s bail application depends on him finding another address, as his mother does not want him in her house.

In August 2011 the Department of Justice appointed the National Task Team (NTT) in order to address the issue of hate crimes against LGBT people. The NTT later established National Rapid Response Team to fast track the numerous unsolved criminal cases as a matter of urgency. On 29 April 2014, under a grand fanfare, the then Minister of Justice and Constitutional Development, Mr J.T Radebe, MP launched the National Intervention Strategy at the Women’s Gaol, Constitutional Hill. The NTT has been notably silent on the latest spate of gruensome murders witnessed in South Africa.

Less than one month ago, Disebo ‘Gift’ Makau was strangled to death with a wire in Ventersdorp in the North West province. A black lesbian, open to her family about her sexuality, Gift was found naked in a yard opposite her house with a hose pipe shoved down her throat and the water tap left running open. The perpetrator will appear in court on 6 October.

These horrendous violations come at a time when South Africa has an opportunity to vote ‘Yes’, to a UN Human Rights Council resolution on Sexual Orientation and Gender Identities (SOGI). The resolution proposed by Chile, Uruguay and Brazil, proposes the UN High Commissioner for Human Rights reports bi-annually on good practice and developments in addressing violence on the grounds of sexual orientation and gender identity. “It is really worrying that South Africa has not engaged on this resolution, given that it was the lead country along with Brazil to propose SOGI back in 2011. South Africa voting Yes for this resolution, will be an affirmation of solidarity of many peoples across regions who do not have legal and constitutional protections like we have in South Africa”, says Jabu Pereira, Director of Iranti-org. In response, Iranti-org, has sent an open-letter to the Minister of International Relations, Justice and Social Development to vote in favour of this resolution.

As many civil society organisations prepare and plan a visit to Soweto pride this Saturday, we urge people to have a moment of silence and remember Duduzile Zozo, Thapelo Makhutle, Sasha Lee Gordon, Andritha Morifi, Sanna Supa and many others who lost their lives based on who they chose to love. Lilhe will be laid to rest in Daveyton on Sunday 28 September.

By: Dolar Vasani and Kokeletso Legoete